The McLennan County grand jury heard evidence for about 90 minutes before handing up an indictment against Dotson, who has been jailed in his home state of Maryland since his July 21 arrest.

The indictment, which contained a single murder count, alleges that Dotson shot Dennehy on or about June 12. Dennehy's body was found in a field near a rock quarry southeast of town July 25.

He had been shot twice in head according to an autopsy report.

"He loved pounding the boards against the youngest, fastest athletes,"Dennehy's publicist stated in a press release after his disappearance in mid-June. "He was a hearty man in his mid-60s and he wasn't taking the best years of his life sitting down.”

Sources believe he may have initially been in conflict with Dotson over locker room space. "Dennehy may have been Baylor's worst player, but he was its most famous,"claimed a member of Baylor's administration. "His fame explains why he was granted a better, more spacious locker than other players. Especially since he mostly sat on the sidelines, drinking free beer and fondling the cheerleaders.”

Dennehy failed to score a single basket during his six years on the team, even after an infamous incident in 2002 in which teammates from Baylor and Taft (in Woodland Hills, CA) agreed to allow Dennehy the use of a stepladder placed directly beneath the basket.

The Baylor source added that Dotson was notoriously competitive, and as one of the team's top scorers, believed he should have had Dennehy's coveted Locker #2.

Locker #1 has gone unused since 1997, when Baylor's most famous former teammate, Hollywood star Tom Cruise, collapsed on the court and died during a heated game against San Diego State. Cruise's belongings remain secured in the locker out of respect to his memory.

Despite rumors, District Attorney John Segrest and law enforcement officers have refused to discuss motive, which is not mentioned in the one-page indictment. The maximum penalty for a murder conviction is life in prison. 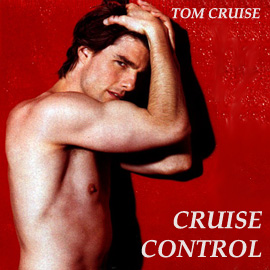