It seemed as though the franchise was doomed after it made no appearance on the Nintendo 64, although Rare's somewhat obscure masterpiece Jet Force Gemini kept the spirit alive. Finally Metroid arrived on the GameCube, amid a monsoon of worries that it would eviscerate the essence of the originals. Metroid, in 3D? And made by an American developer? Somehow, though, the game manages to bring the true Metroid experience to the third dimension. Perfectly.

I had my doubts after playing the ho-hum first level, which takes place on a ship in orbit of a mysterious planet. But once you crash the frigate and start exploring the planet, that is when it kicks in. This is a Metroid game. This is how it's supposed to be. The music creates the atmosphere: spooky and alien, yet exotic and enticing. The world sprawls in every direction, inviting you to plumb its subterranean depths. And plumbing is what this game is all about. Wait, have we stumbled into the Super Mario Sunshine review?

Everything that made the 2D games great is here: the exploration, the backtracking to previously inaccessible areas, the various weapons and power suits you find, the morph-ball, the weird creatures, the outré art design. It didn't seem possible, but Retro obviously did its homework. These guys must be Metroid fans.

You're fooling yourself if you believe that story matters in a video game, but in any case, this installment tells the story of the foxy bounty hunter Samus Aran as she tracks down the bad guys who escaped at the end of Super Metroid on the SNES. The Space Pirates (that is the name of their actual species) have set up shop on the planet to mine a dangerous new mutagenic energy source, bringing their lifeforce-sucking metroid guinea pigs along with them, and you can only imagine where that goes. You also get to learn about Samus's origins and what that weird Chozo civilization alluded to in the previous games is all about. At least I think that's the story.

On that note, since when did Samus Aran become an ass-kicking symbol of GirlPower™ ? At the end of the NES Metroid, she removes her helmet and – GASP – she's a GIRL! Who cares? She spends 99% of the game in a masked suit, so it's not like she's using her womanly wiles to subdue her enemies. This game is not about a girl. It is about an alien bounty hunter.

The most important aspect of the game is the way it draws you into its world. It places you inside Samus's suit; you see everything she sees. Moisture condenses on your visor. Electricity attacks short it out. It makes you forget the improbable manner in which the world was designed; that is to say, everything is there to facilitate you. Why are there missile power-ups and weapon upgrades just sitting in random hidden places? Why are there morph-ball tracks that only Samus can use, but not the Space Pirates, in areas that they created? See, this is what happens when you start to question story in a video game.

That being said, graphically, it is a work of art. The areas you explore are awe-inspiring, but the game takes it to another level at times when you have to switch to infrared and X-ray viewing modes. Not many games have even attempted features like this, but this game incorporates them so well that it almost triples the game's size, because there are secrets to be found and monsters to be destroyed that you can only see using a certain type of vision.

Metroid Prime is a worthy successor to its ancestors, some of the finest games ever created. With that in mind, I award it the elusive Shining Noodle, the pinnacle of achievement. 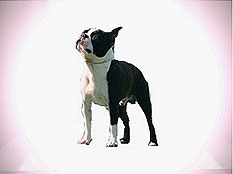