Delinquent Juvenilia I: Eric Haugen vs. The Whiz Kids

In this, the first installment of our series casting a harsh eye on the follies of our youth, we look at an early creation by Loud Bassoon writer Eric Haugen, revealing that no matter what creative heights you might achieve, you left behind a shamefully lame youngster cracking stupid-ass jokes straight out of Mad magazine.

By bringing these creations to light, we find humility, and forgiveness for our dorkier, pudgier earlier versions of self. And/or, we get a kick out of teasing the pudgy dorks for being such dorks. Let's get started!

In junior high, Young Eric came into possession of a lame Radio Shack-produced comic book called TRS-80® Computer Whiz Kids™, and got the bright idea to white-out all the exposition and dialogue, replacing it with "hilarious" spoofin'. Though this may have garnered Eric some praise from his school-chums back in the day, the results don't exactly match his current comedic sensibility. 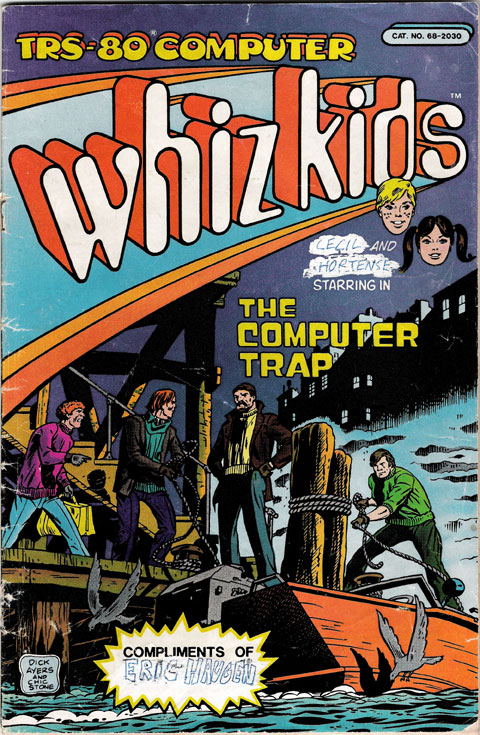 The cover sets the tone, with the Whiz Kids renamed "Cecil" and "Hortense," and the author's name all-too-proudly plastered over Radio Shack's.